10 Sets of 5 in between front squat reps.

Feel free to do weighted dips.

3×1 to be performed at whatever percent you feel good with for the day.

Complete as many reps as possible at each 5-minute station. Rest 1 minute between stations.
On July 7, 2016, a sniper coordinated an ambush on a group of police officers in Dallas, Texas. Dallas 5 commemorates the five officers who lost their lives in the attack.

Dallas Police Officer Patricio “Patrick” Zamarripa, 33, was a member of the force for six years and served active duty with the U.S. Navy for eight years and in the reserves for five. He is survived by his wife, Kristy, and daughter, Lyncoln Rae.

Dallas Police Officer Michael Krol, 40, was an eight-year veteran of the Dallas Police Department and a dedicated member of the Wayne County Sheriff’s Office in Detroit, Michigan, before that. He is survived by numerous friends and family members.

Dallas Police Sergeant Michael Smith, 55, served as a U.S. Army Ranger before joining the police force in 1989. The 27-year veteran of the force is survived by his wife, Heidi, and daughters, Victoria and Caroline.

Dallas Area Rapid Transit Officer Brent Thompson, 43, served in the Marine Corps before joining the Corsicana Police Department and then the Dallas Police. He is survived by his wife, Emily, and many other friends and family members.
To learn more about Dallas 5 click here
Women Rx

Use this calculator to make it easy. Week #2

At the start of each exercise both partners must complete 4 burpees each (work at the same time). One partner will be rowing while the other is performing the exercise. Once the row is completed, both partners will trade off with one working at a time to complete the rest of the WOD.

Base percentages off your Curtis P.

Percents based off Power Snatch 1RM. 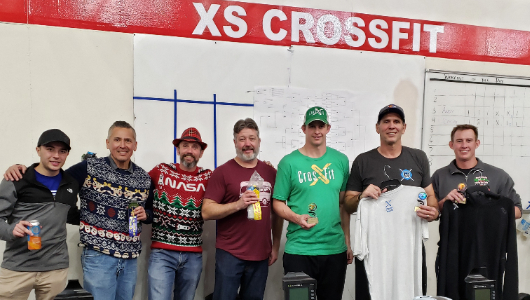 Big thanks to everyone that came to the Holiday Party! The White Elephant was amazing thanks to Sarah for putting it together. We had a blast Rowling thanks to Deb for helping run it. Picture of the top 8 from left to right (missing Brian in 6th place). 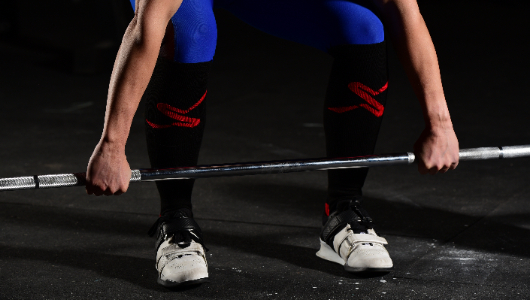 Don’t forget to pick up your member gift! The socks will shrink so get the size that fits your shoe size (size chart on the table).

Work on a FITNumber challenge. Only a week left to get as high of a number as possible.

Use this calculator to make it easy. Week #2

Try these as Tap and Go, or fast singles. Keep your form while cycling the barbell.

There are no upcoming events at this time.